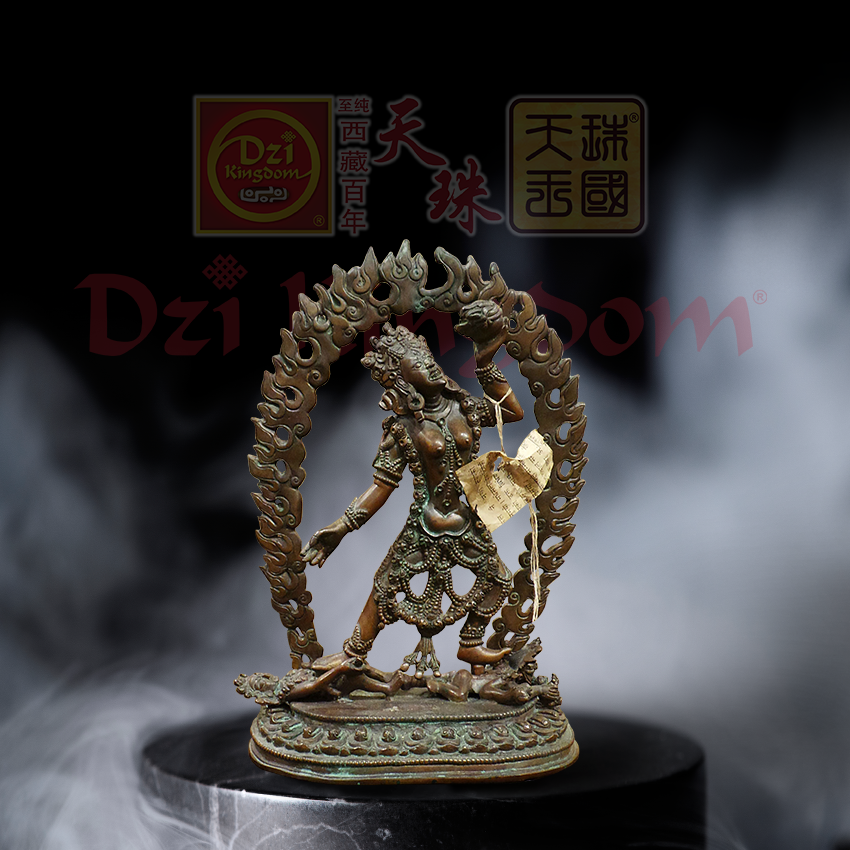 Vajrayoginī's sādhanā originated in Nepal between the tenth and twelfth centuries. It evolved from the Cakrasaṃvara Tantra, where Vajrayoginī appears as his Yab-Yum consort,[5][6] to become a stand-alone practice of Anuttarayoga Tantra in its own right.[7] The practice of Vajrayoginī belongs to the Mother Tantra (Wylie: ma rgyud) class of Anuttarayoga Tantras along with other tantras such as the Cakrasaṃvara and Hevajra Tantras. Vajrayogini, also called Vajravarahi, in Vajrayana (Tantric Buddhism), female embodiment of the cognitive function leading to Buddhahood. Vajrayana emphasizes experience over speculation but uses the terms of speculative philosophical Buddhism imaginatively.

Vajrayogini is a Tantric Buddhist deity who represents the path leading to female Buddhahood. She is also a Dakini (“sky dancer”), a term that describes a female supernatural being or an accomplished yogini, and is considered the queen of the dakinis.