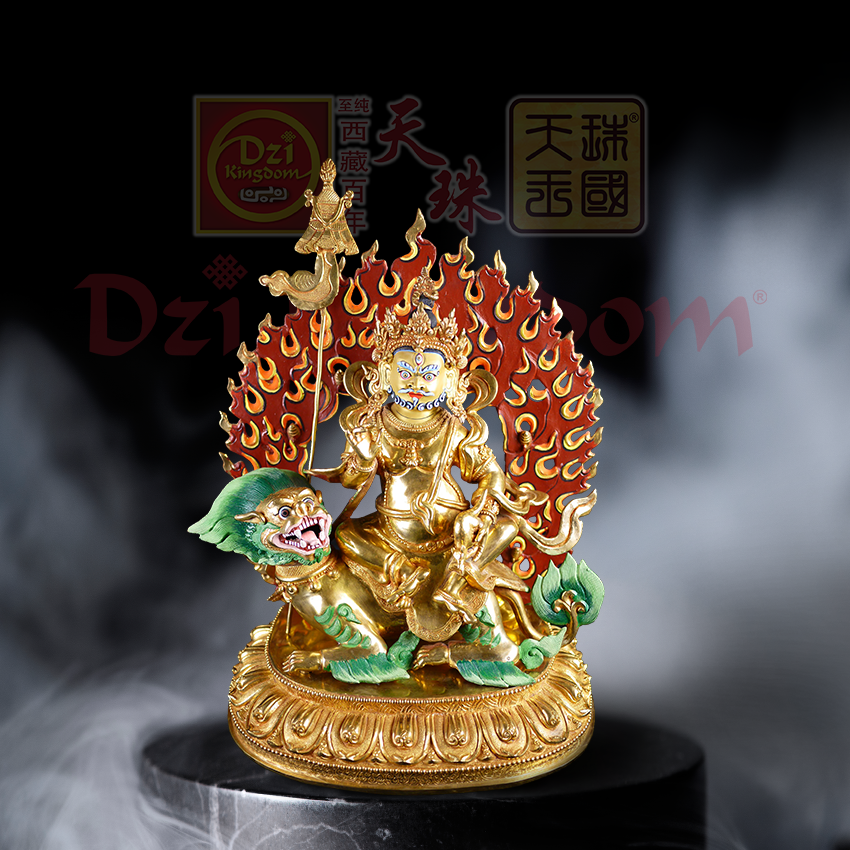 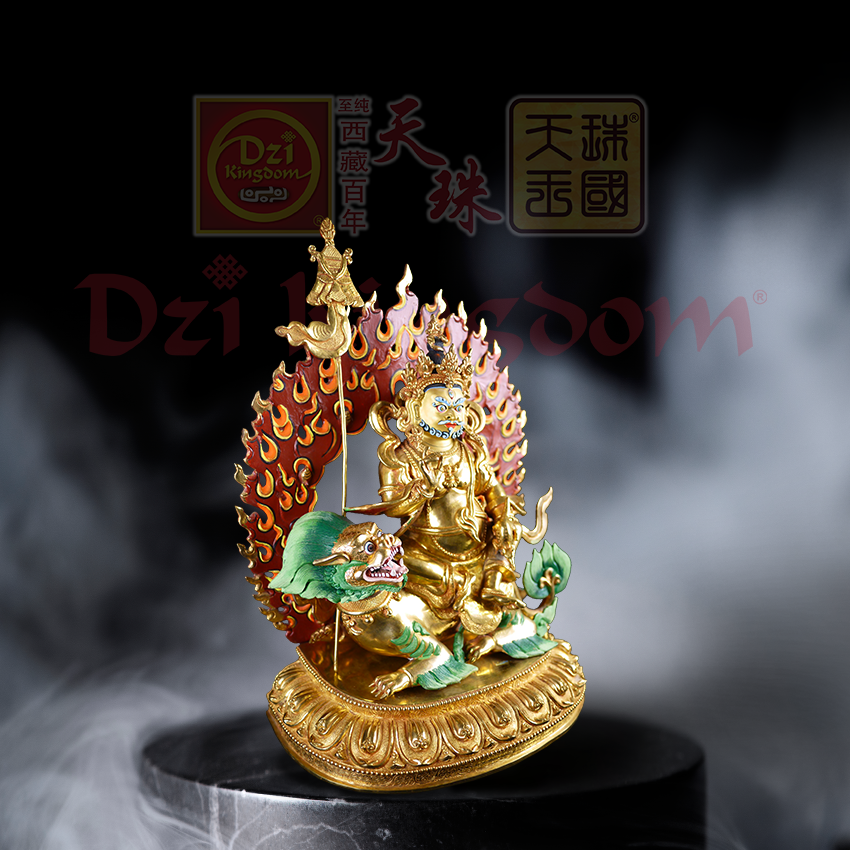 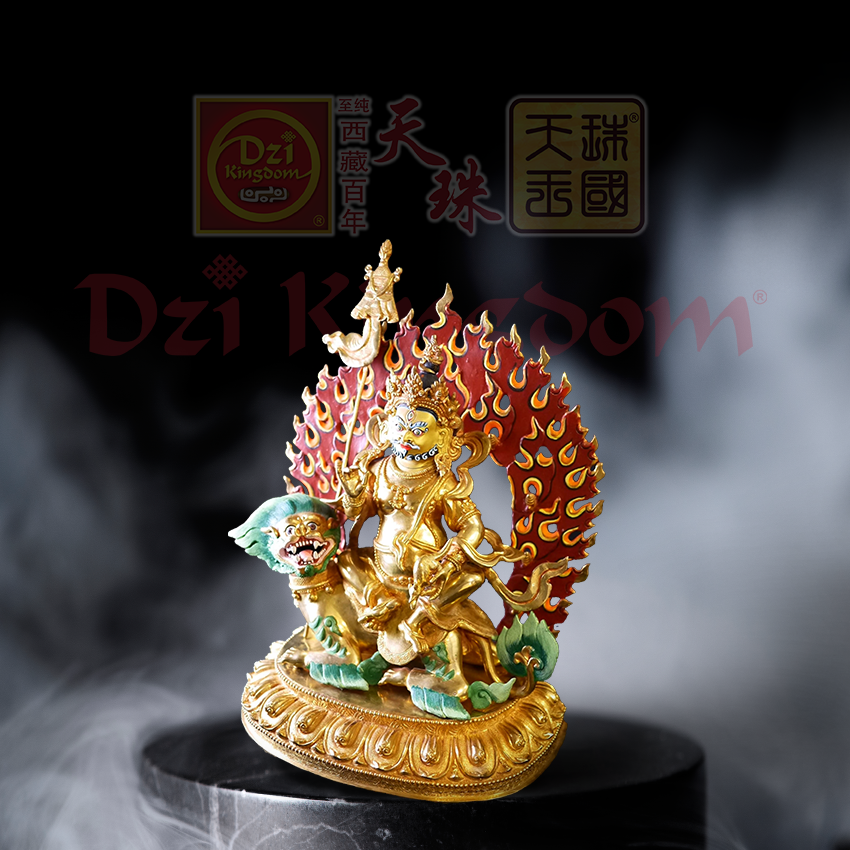 In the early years of Buddhism, Vessavaṇa was worshipped at trees dedicated to him as shrines. Some people appealed to him to grant them children.
Description

The name Vaiśravaṇa is derived from the Sanskrit viśravaṇa which means "Son of Vishrava", a usual epithet of the Hindu god Kubera.  This was a loanword from Vaiśravaṇa into Middle Chinese with the addition of the word "heaven, God". Kubera is the Buddhist Vaiśravaṇa or Jambhala, and the Japanese Bishamon. The Buddhist Vaisravana, like the Hindu Kubera, is the regent of the North, a Loka-pala, and the Lord of Yakshas. He is one of the Four Heavenly Kings, each associated with a cardinal direction.