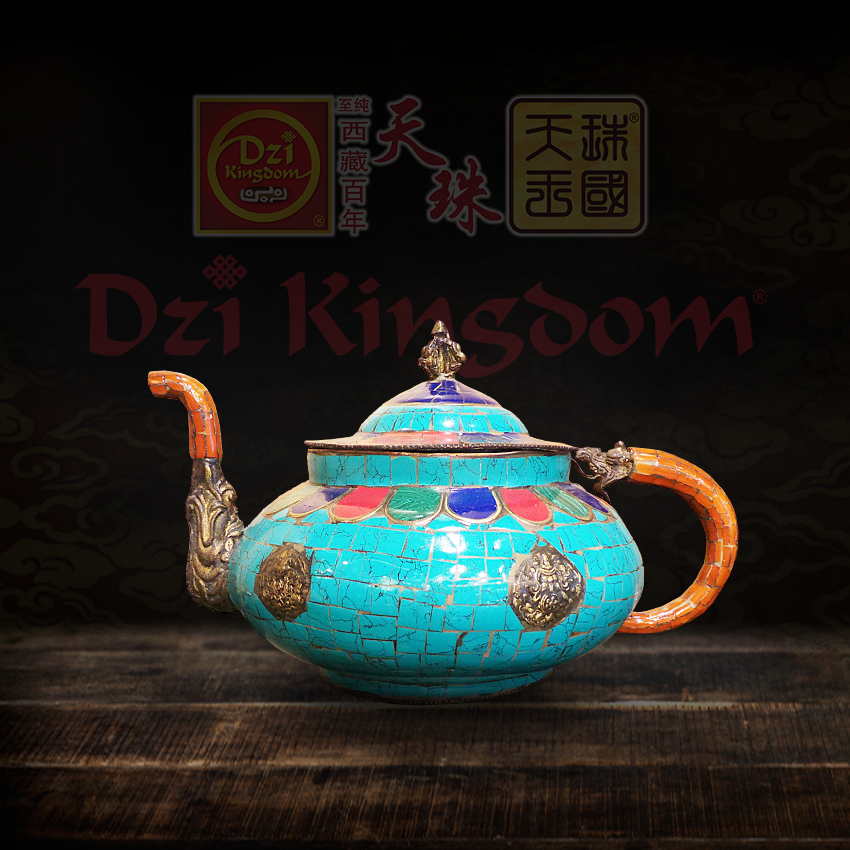 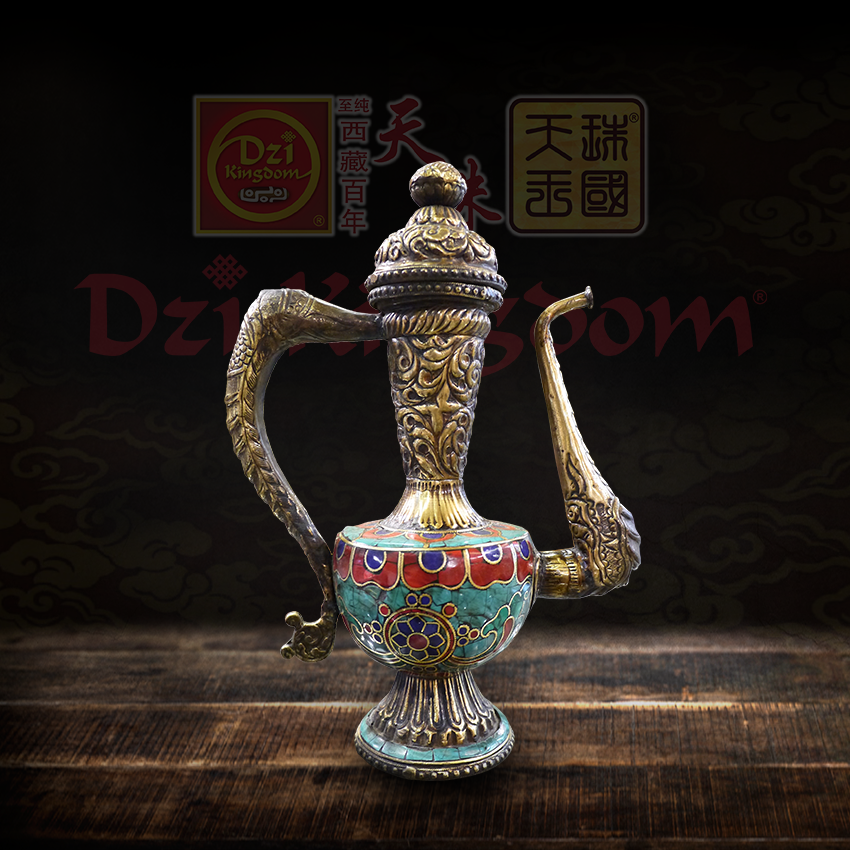 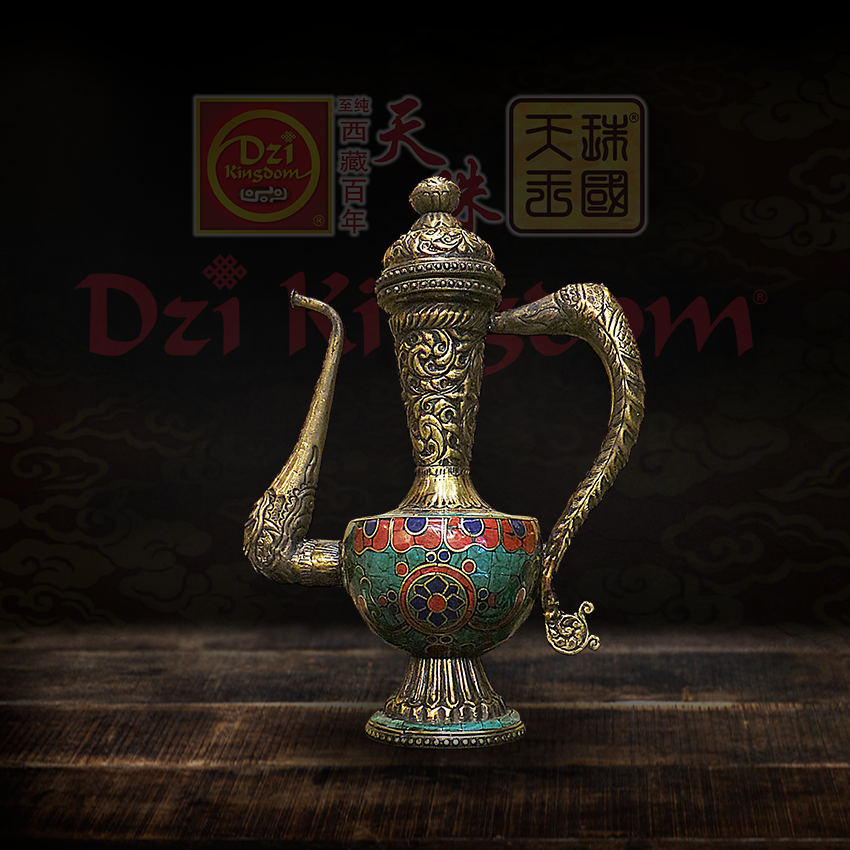 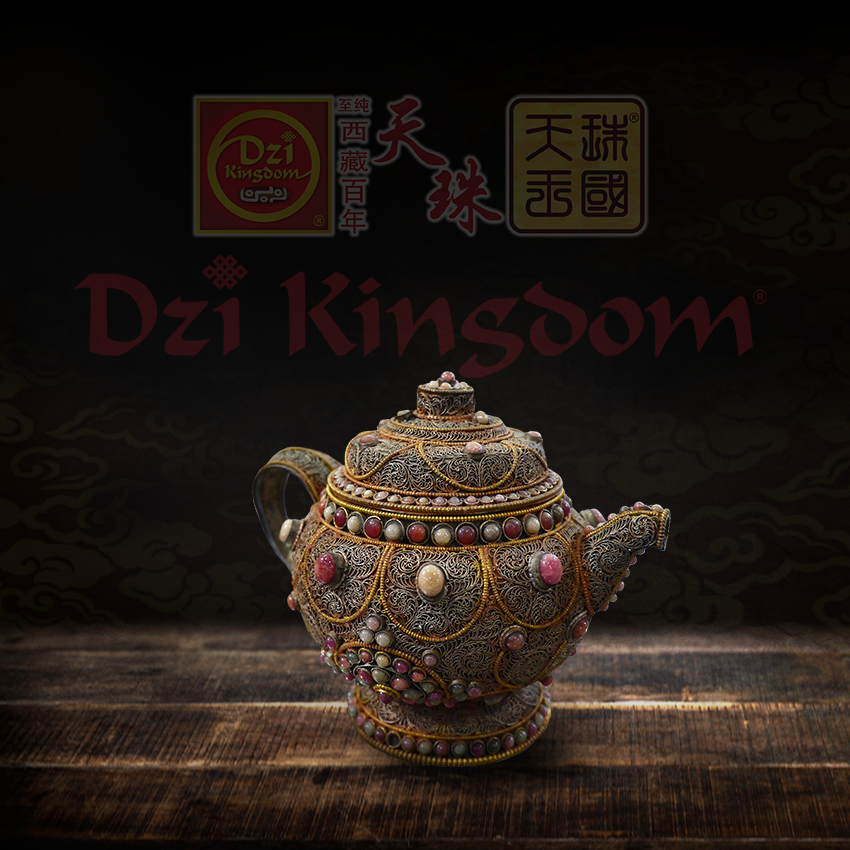 The teapot is commonly used as a decorative piece or for ritual offering at the altar.
Description

Princess Wencheng and the History of Tibetans' Tea Drinking. The Tibetans started to drink tea early in the mid-700s in the Tang Dynasty. Tea is vested with mystery in Tibetan temples. It has more spiritual meaning than material meaning. The Buddhists and Taoists on the Central Plains drink tea mainly to cultivate their moral character by sitting in meditation and to avoid dozing off, though they connect tea drinking with Buddhist or Taoist activities, while in Tibetan temples, tea is regarded as a holy and pure thing similar to charms, holy water, and treasures.

Tibetan use such pots as a teapot or also as religious Tibetan Buddhist rituals to offer water at the altar.