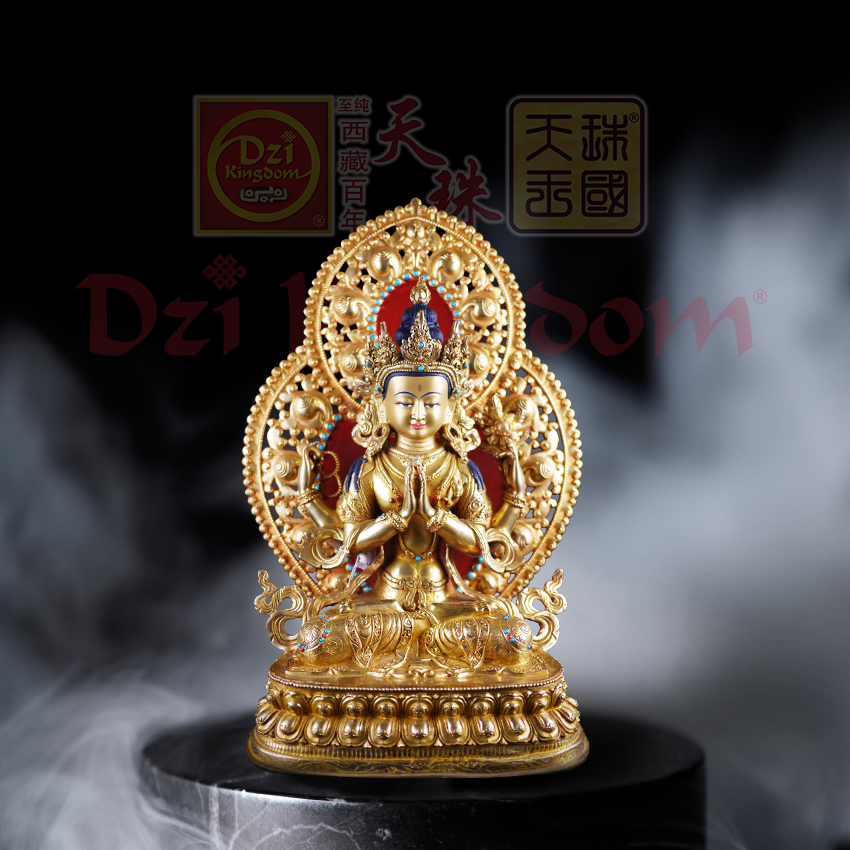 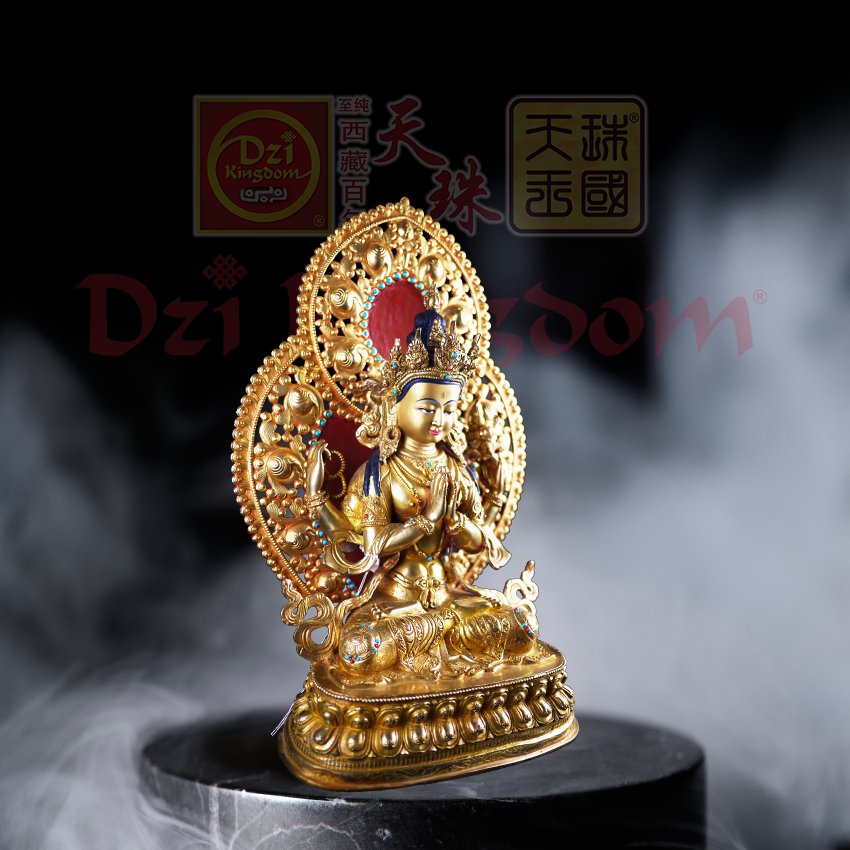 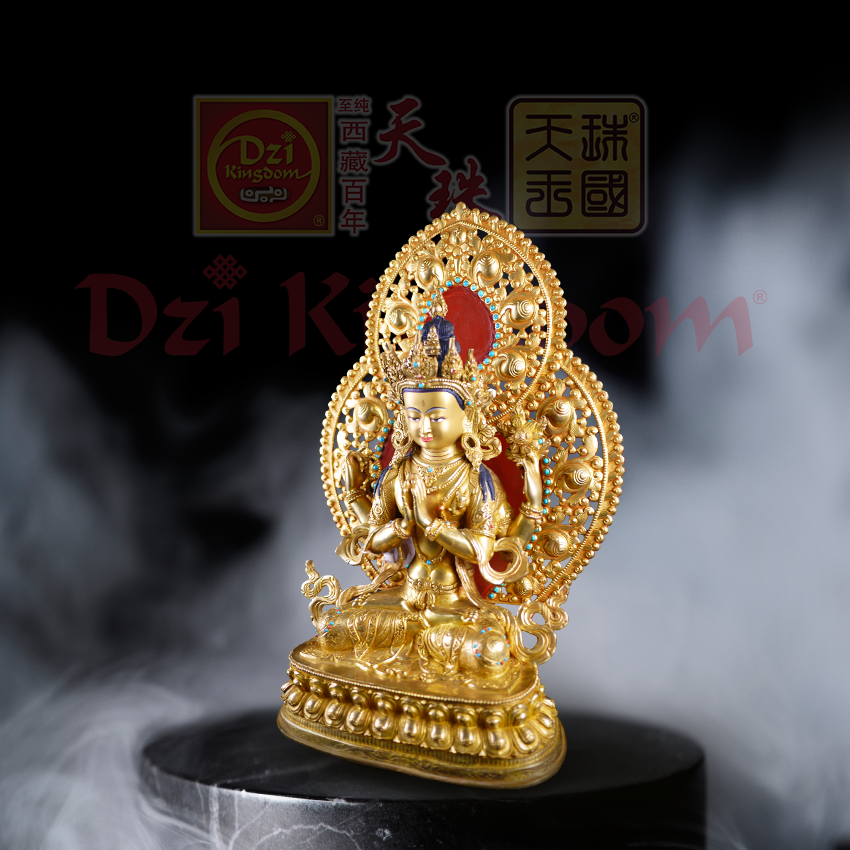 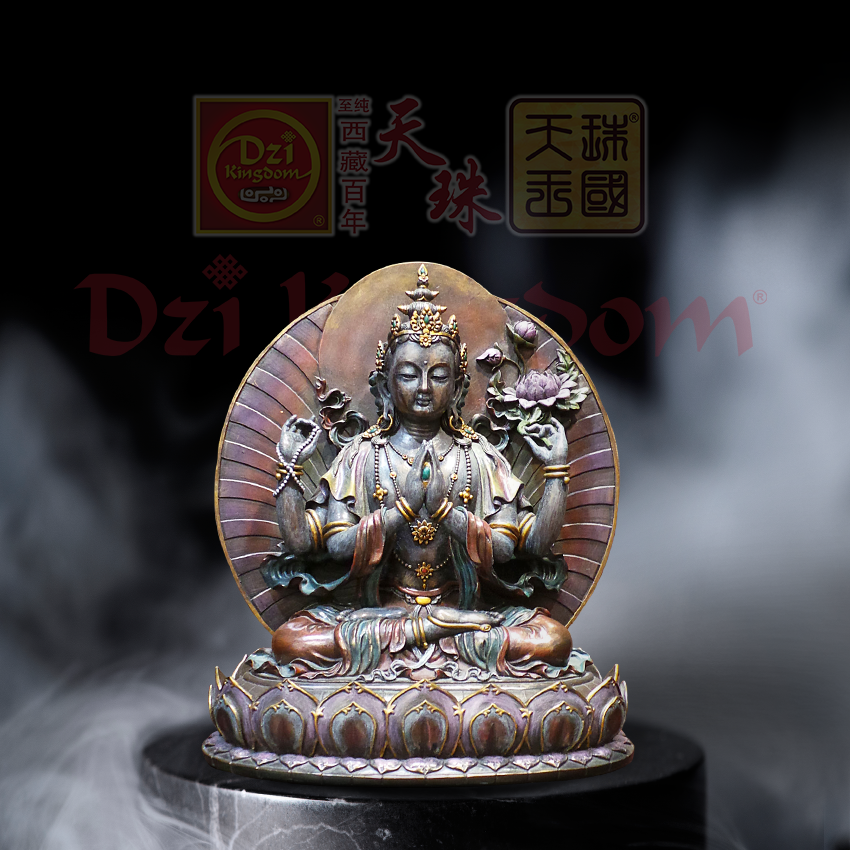 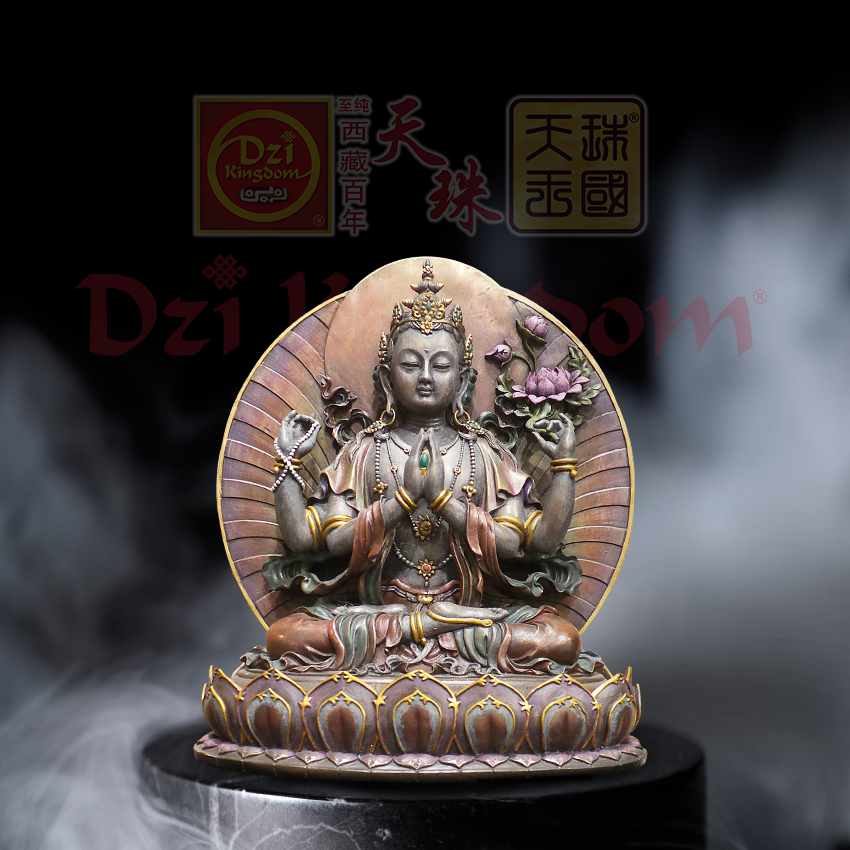 He personifies the well-known Sanskrit invocation om mani padme hum, or "hail to the jewel in the lotus," which is found at the top of the hanging beneath the seed syllable hrih, thought to contain the essence of the bodhisattva. The Bodhisattva Avalokiteshvara, known in Chinese as Guanyin, is the embodiment of the virtue of compassion.
Description

The earliest translation of the name Avalokiteśvara into Chinese by authors such as Xuanzang was as Guānzìzài (Chinese: 觀自在), not the form used in East Asian Buddhism today, Guanyin (Chinese: 觀音). It was initially thought that this was due to a lack of fluency, as Guanyin indicates the original Sanskrit form was instead Avalokitesvara, "who looked down upon sound" (i.e., the cries of sentient beings who need help). It is now understood Avalokitesvara was the original form and is also the origin of Guanyin's "Perceiving sound, cries". This translation was favored by the tendency of some Chinese translators, notably Kumārajīva, to use the variant 觀世音 Guānshìyīn "who perceives the world's lamentations"—wherein lok was read as simultaneously meaning both "to look" and "world" (Sanskrit loka; Chinese: 世; pinyin: shì). The original form of Avalokitesvara appears in Sanskrit fragments of the fifth century.  Shadakshari Lokeshvara is the bodhisattva of compassion (Avalokiteshvara) in his role as the lord of the six realms of existence (hell beings, hungry ghosts, animals, humans, demigods, and gods).