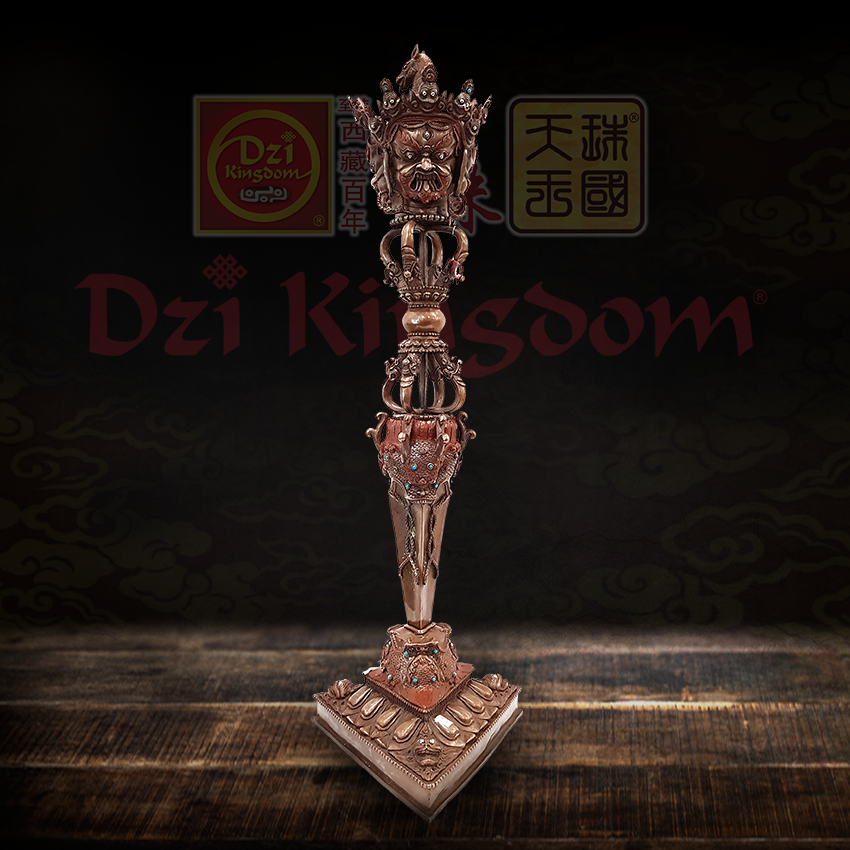 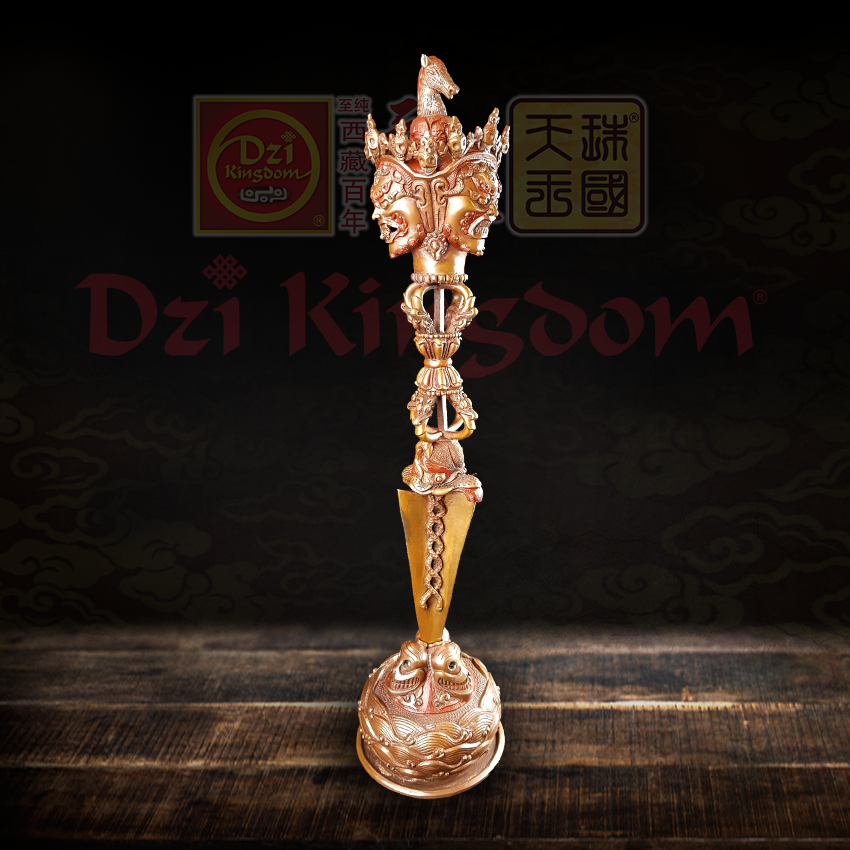 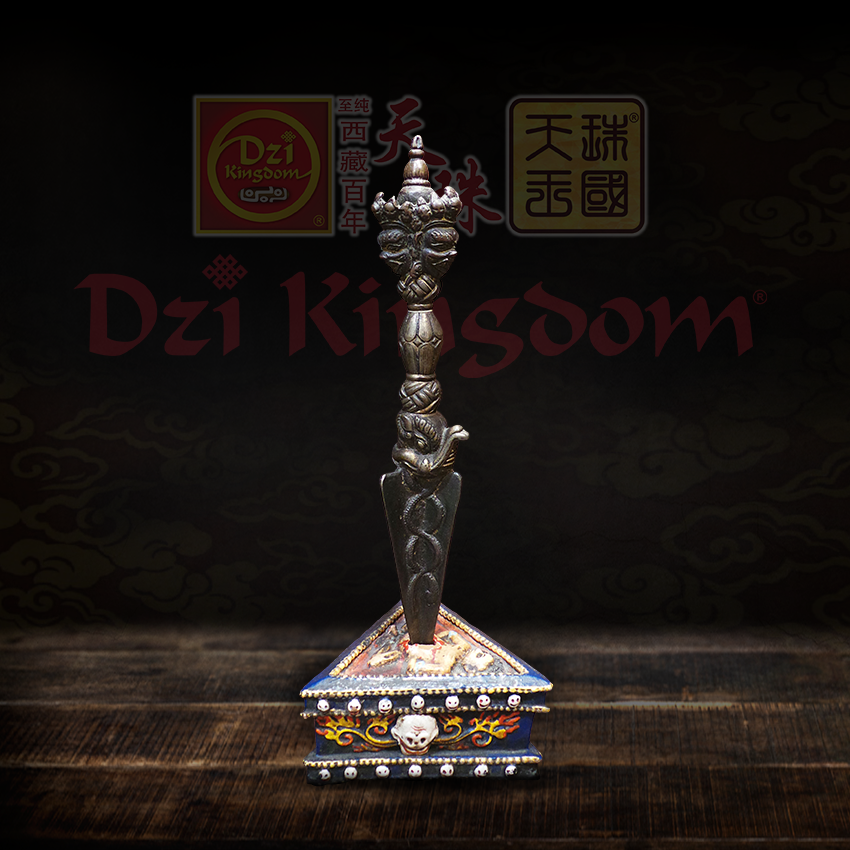 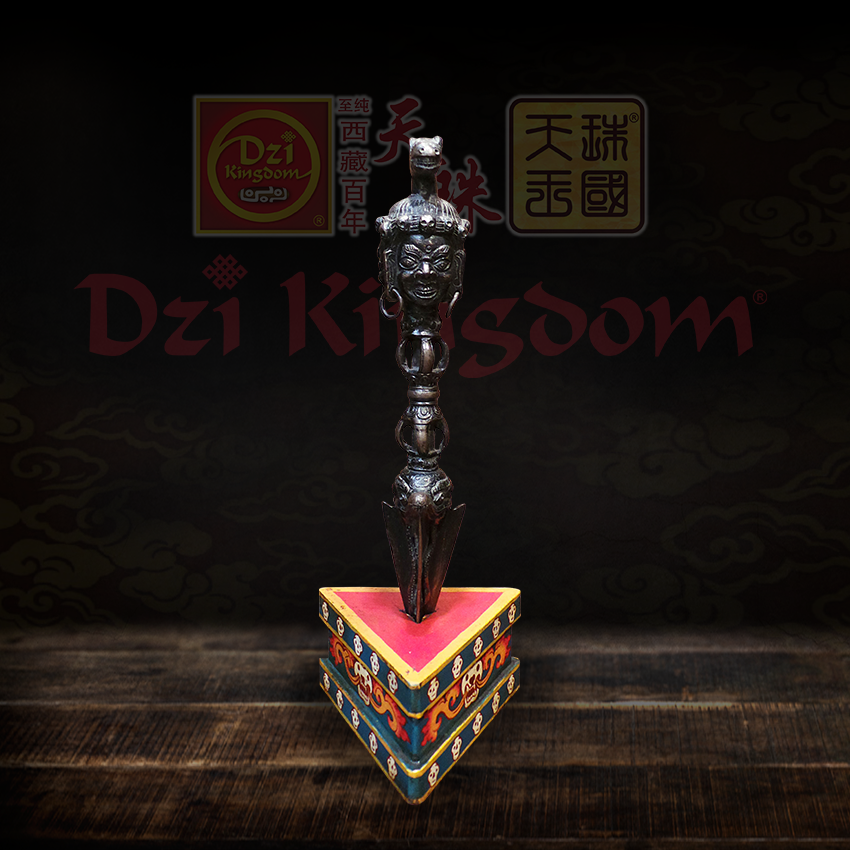 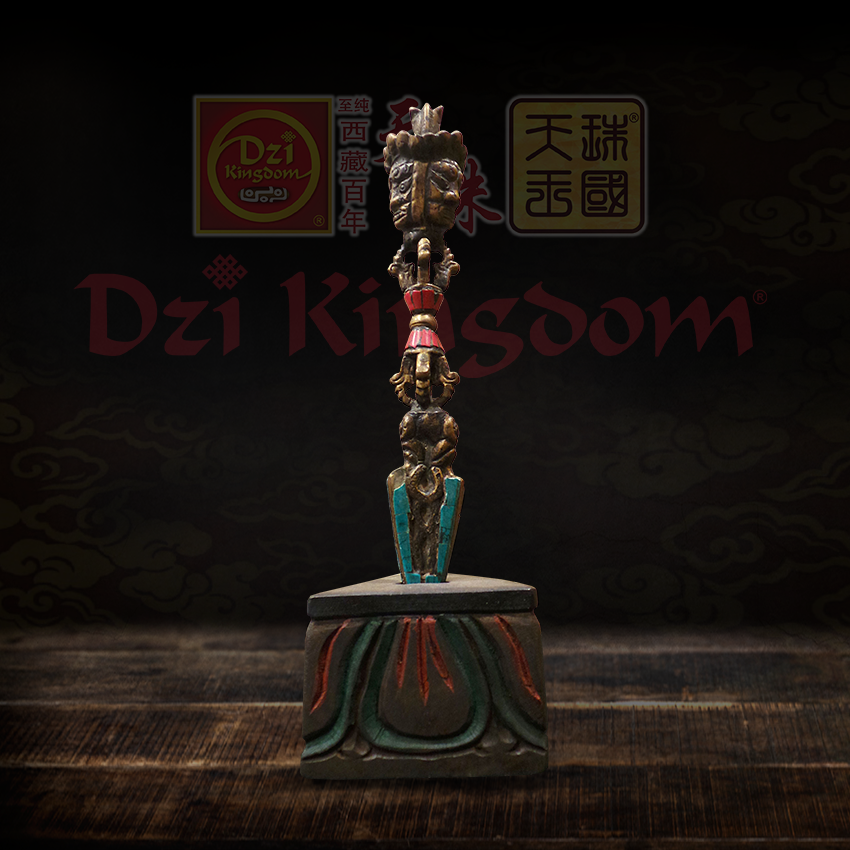 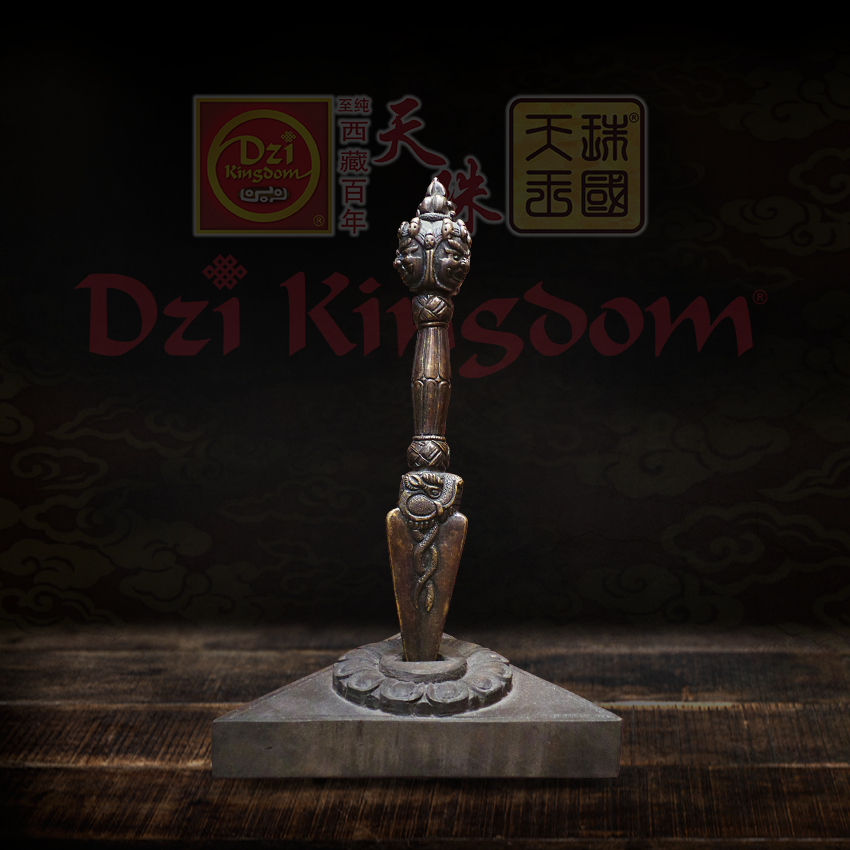 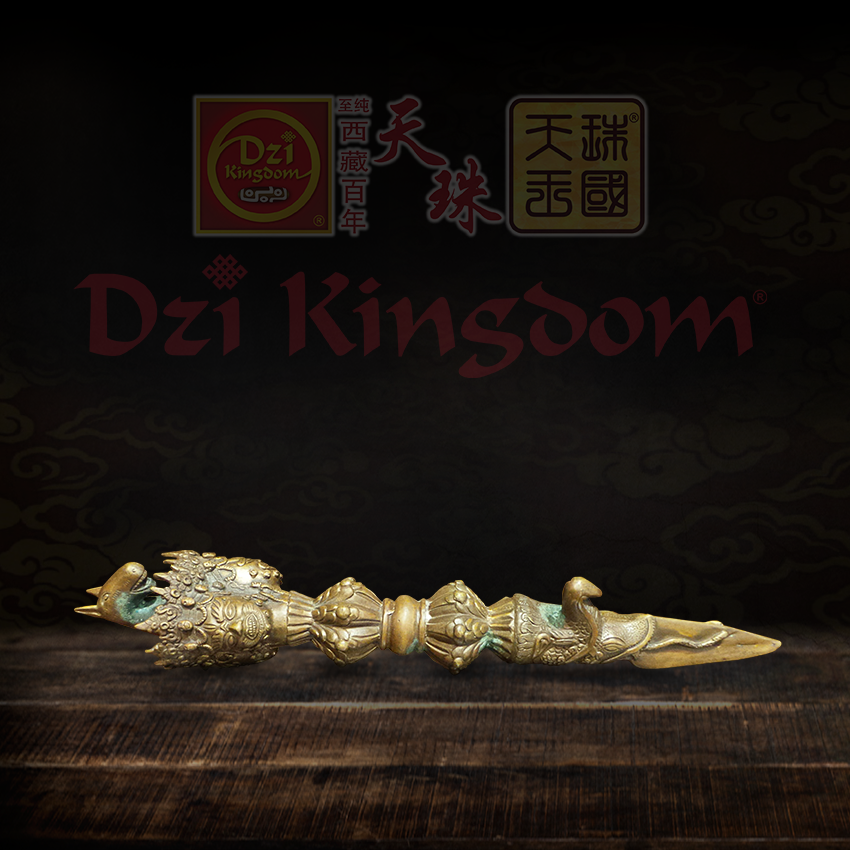 By plunging the dagger into the spirit, the confusion is removed and the spirit can move on and be reborn. One can also use the dagger to 'pin' down restless energy in an area. Customers can place it at home to chase evil spirits away.
Description

The Phurba origins in Tibetan Culture. It is known as a magical dart to keep your foes at bay and also to ward off evil and dispel negative energy. The faces are Vajrakila or Vajrakilaya. Vajrakilaya, or Kila, means something sharp and something that pierces, like a dagger.  The phurba (Tibetan: ཕུར་པ or ཕུར་བ, Wylie: phur ba; alternate transliterations: phurpa, phurbu, purbha, or phurpu) or kīla (Sanskrit Devanagari: कील; IAST: kīla) is a three-sided peg, stake, knife, or nail-like ritual implement traditionally associated with Indo-Tibetan Buddhism, Bön, and Indian Vedic traditions.