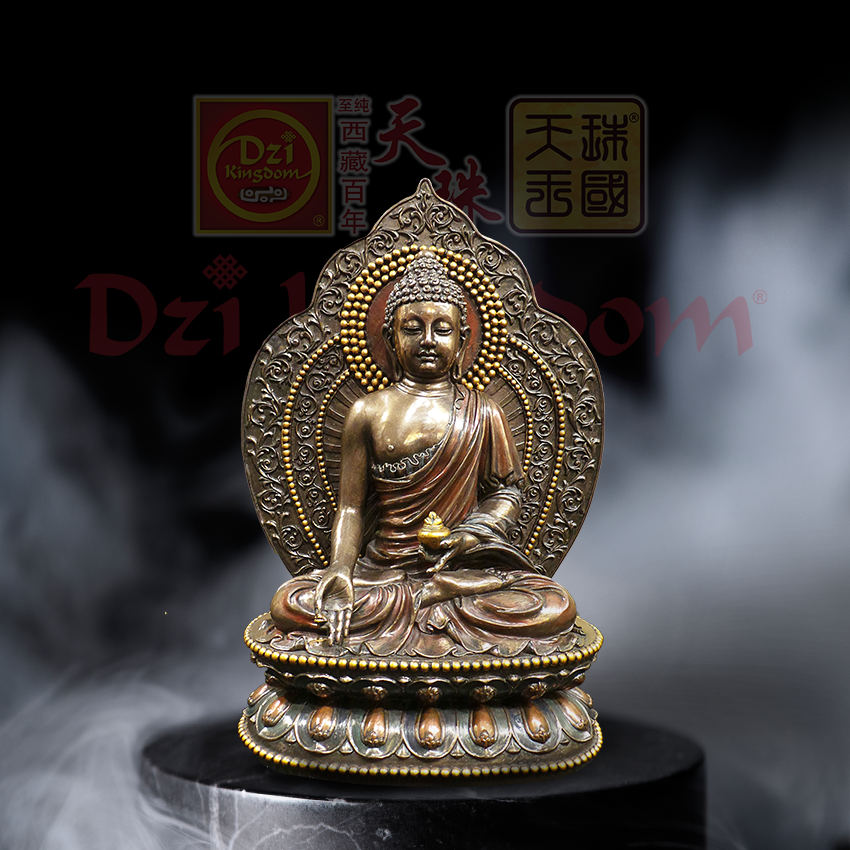 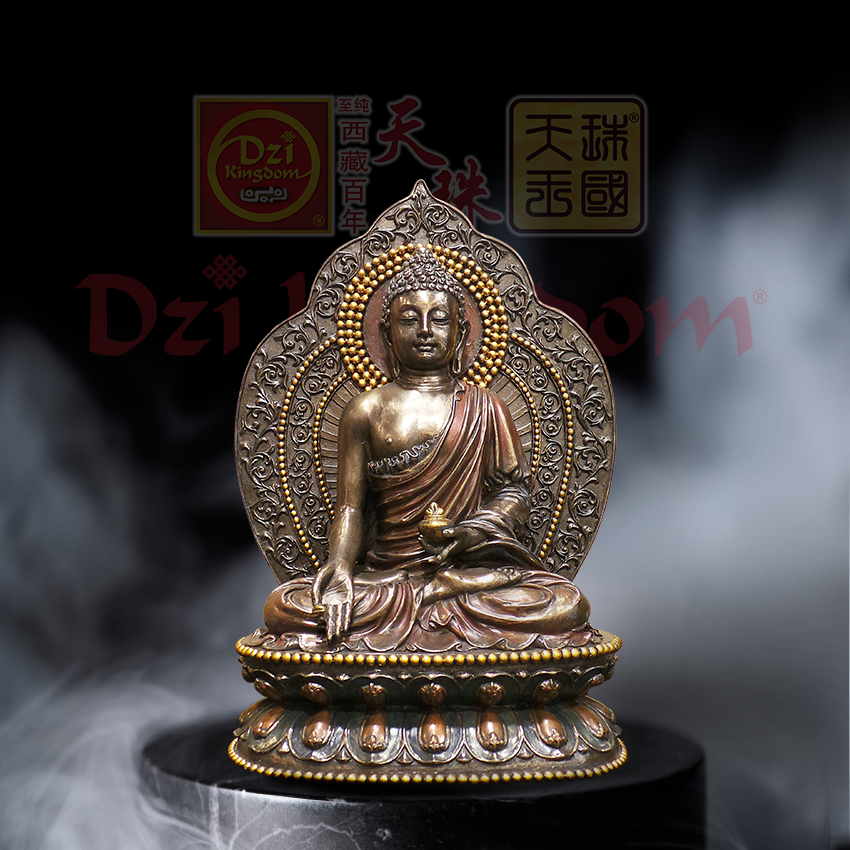 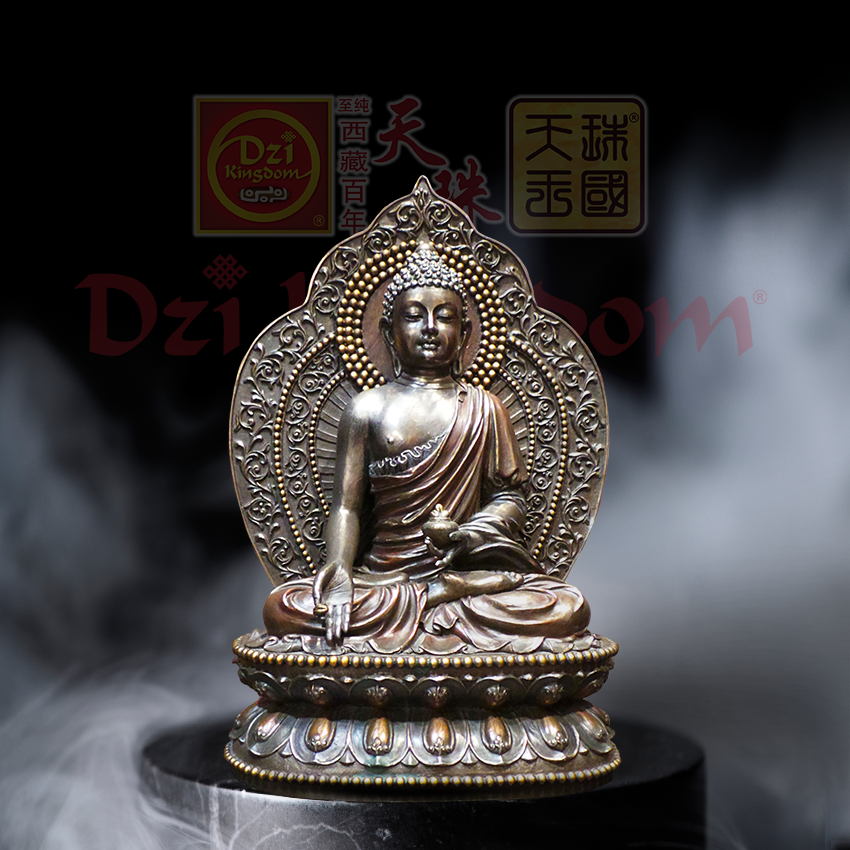 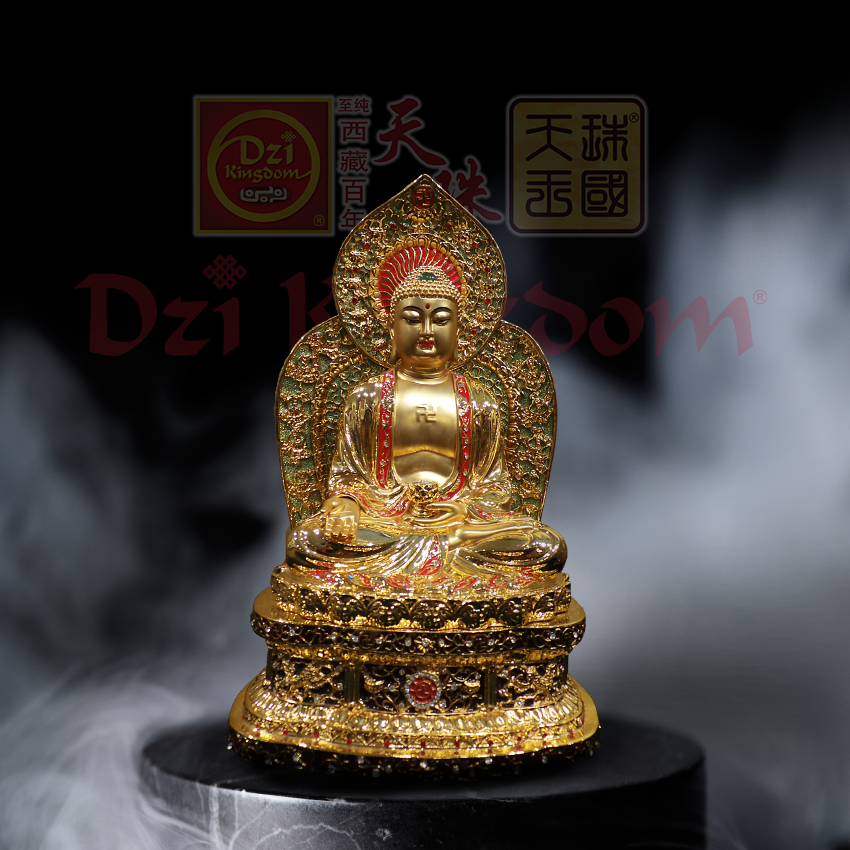 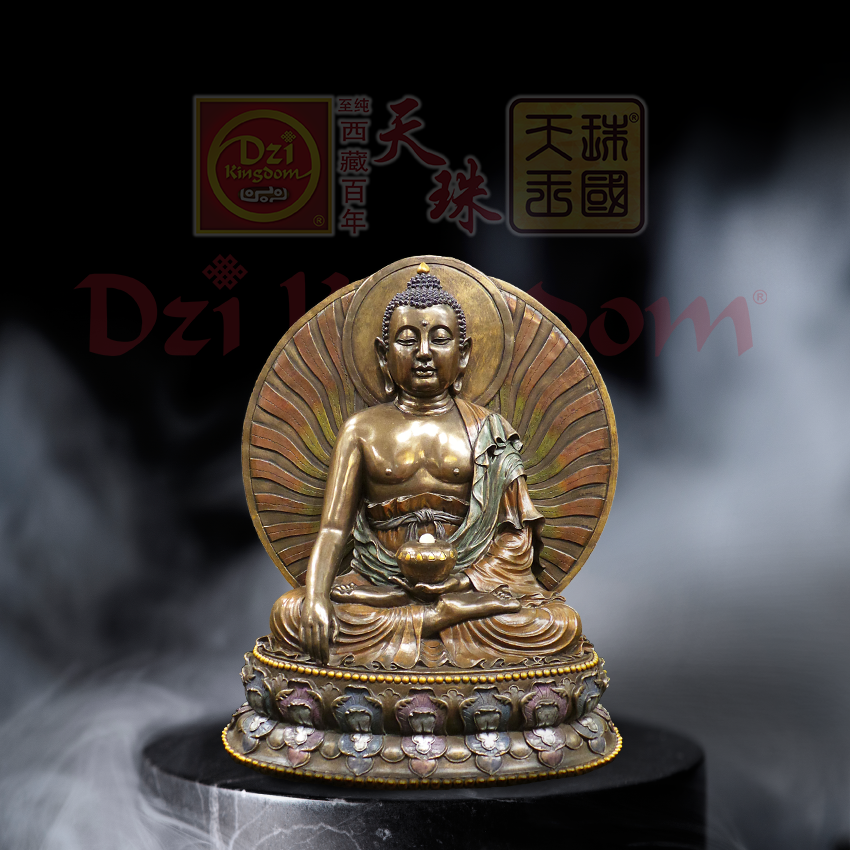 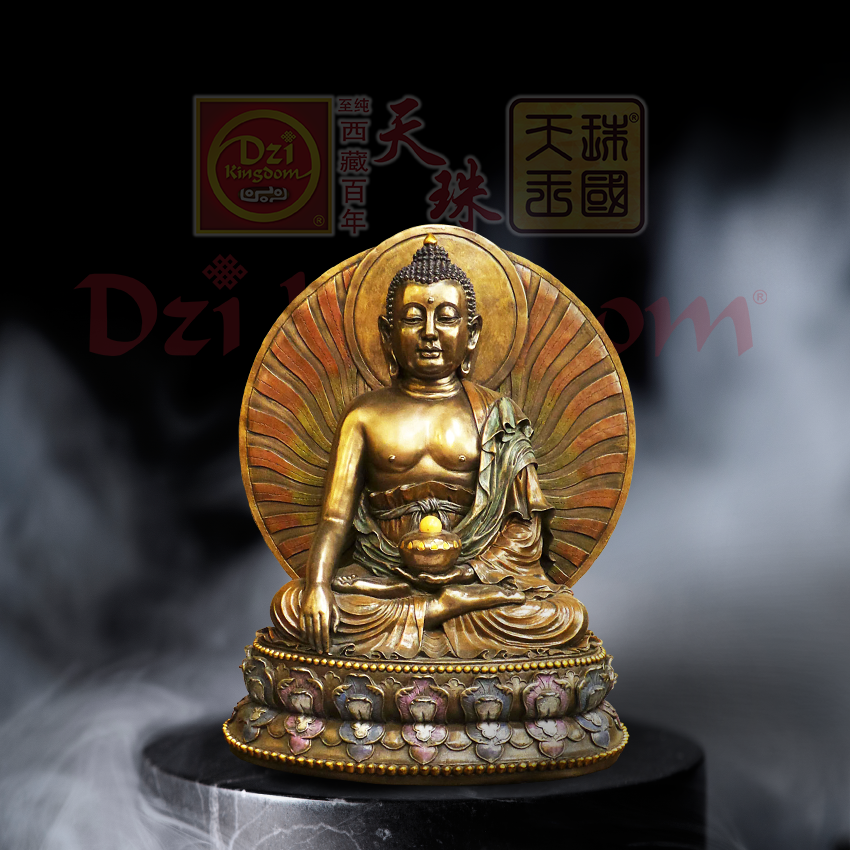 The Medicine Buddha is, as the name implies, the Healing Buddha. In the traditional paintings (Tibetan thangkas) he is surrounded by various herbs and medicine, with halos of healing energy radiating from his head and body. The Medicine Buddha mantra has powerful vibrations for healing, both mind and body healing. Medicine Buddha can help to decrease physical and mental illness and suffering.
Description

Bhaiṣajyaguru's original name and title were rāja (King), but Xuanzang translated it as Tathāgata (Buddha). Subsequent translations and commentaries followed Xuanzang in describing him as a Buddha. The image of Bhaiṣajyaguru is usually expressed with a canonical Buddha-like form holding a gallipot and, in some versions, possessing blue skin. Though also considered to be a guardian of the East, in most cases Akshobhya is given that role.  Commonly referred to as the "Medicine Buddha", he is described as a doctor who cures suffering (Pali/Sanskrit: dukkha/samsara) using the medicine of his teachings.