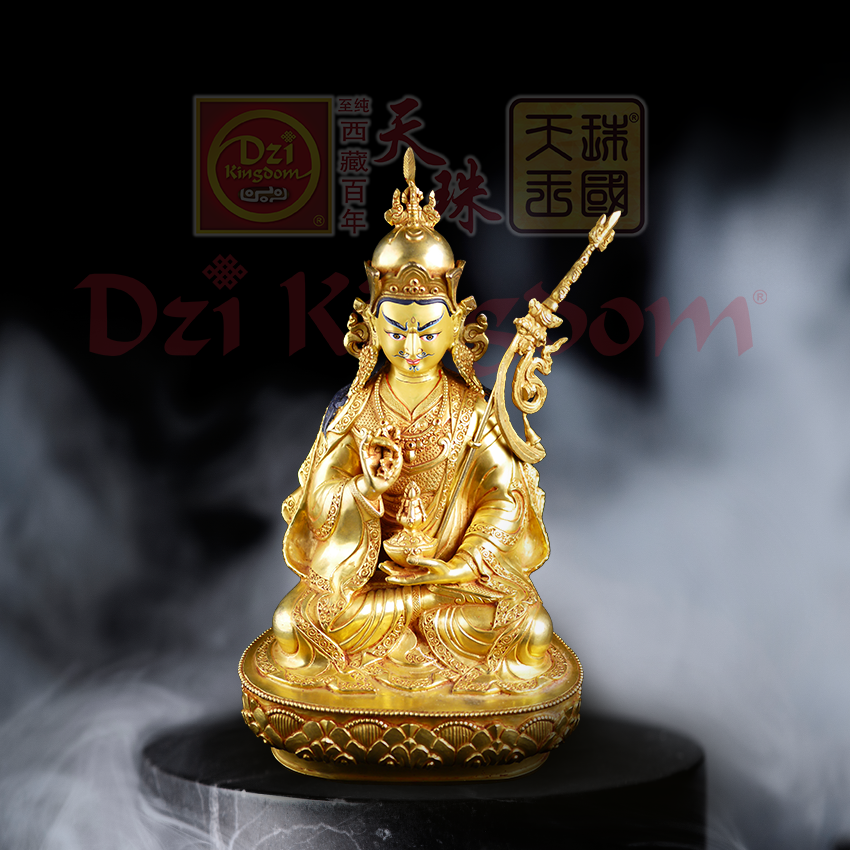 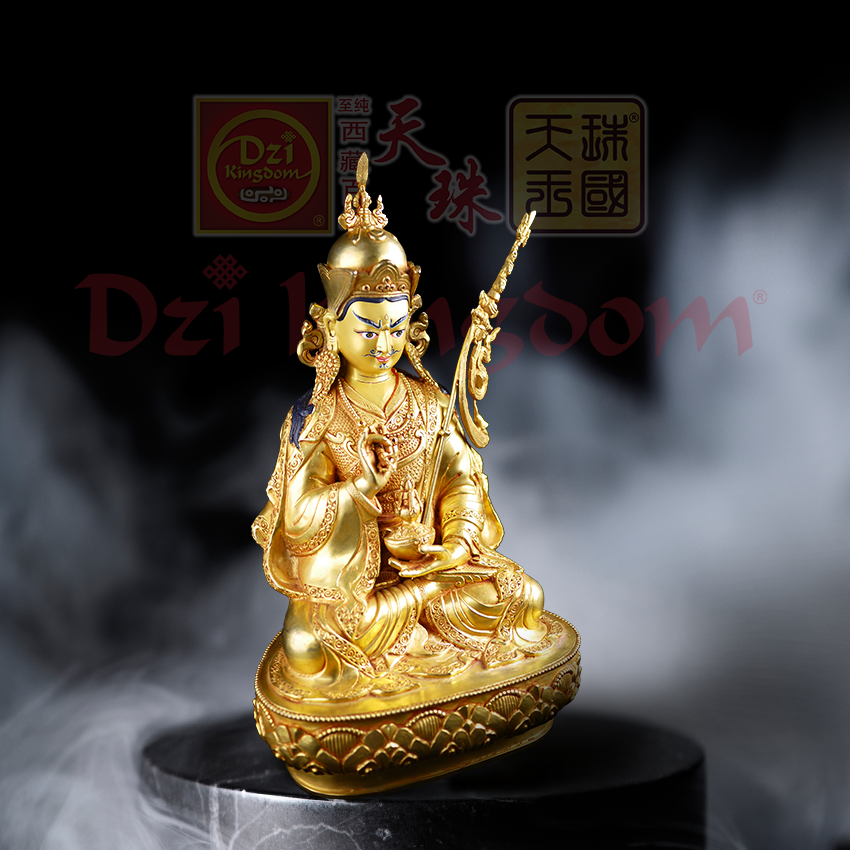 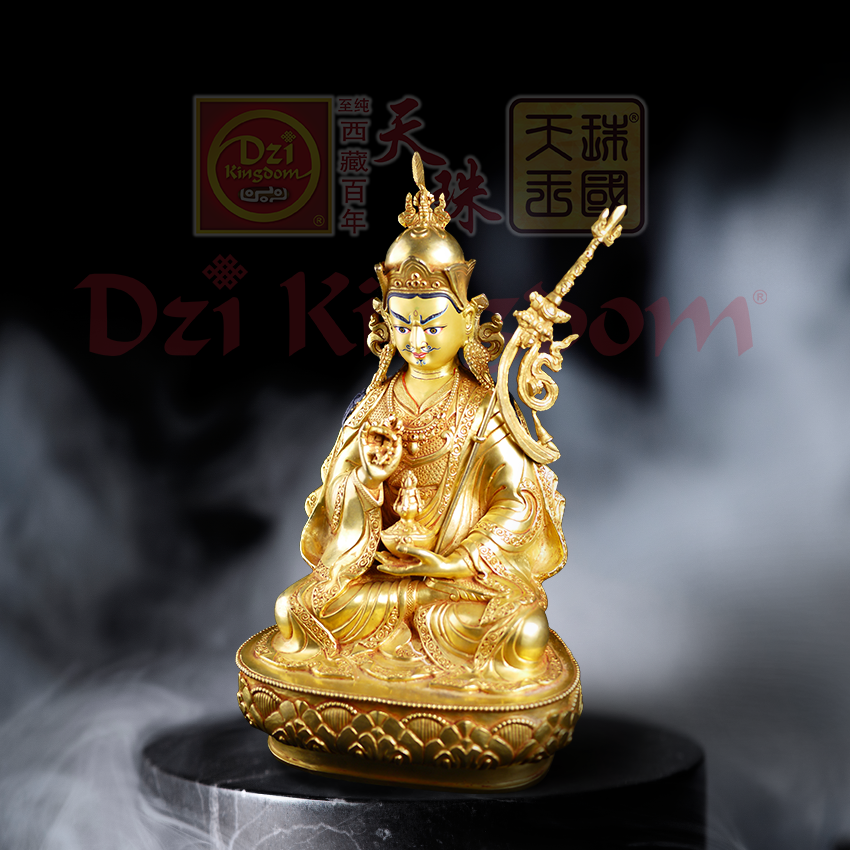 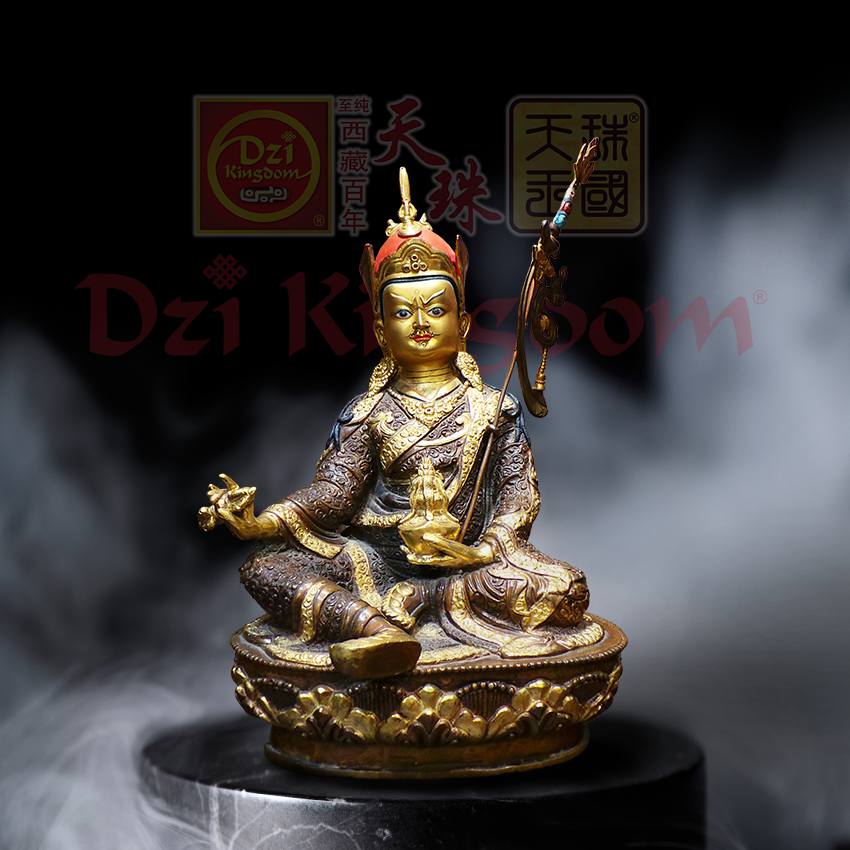 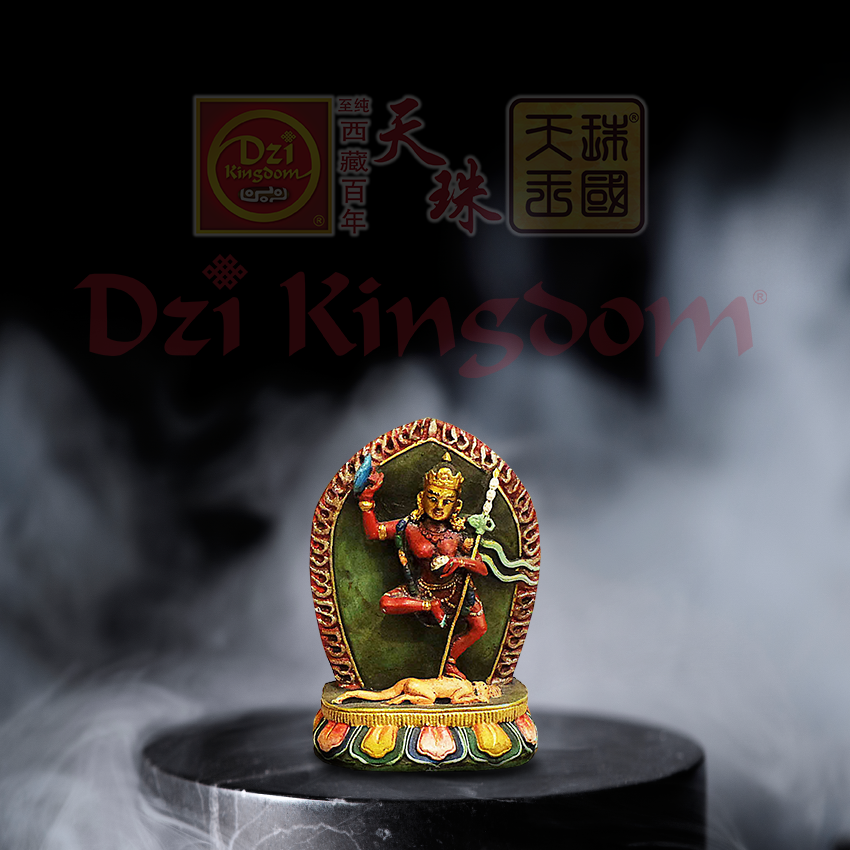 Regarded as the 'Second Buddha', Guru Rinpoche is said to possess miraculous powers, including the ability to remove obstacles and fulfilling wishes.
Description

Padmasambhava ("Born from a Lotus"), also known as Guru Rinpoche (Precious Guru) and the Lotus from Oḍḍiyāna, was a tantric Buddhist Vajra master from India who may have taught Vajrayana in Tibet (circa 8th - 9th centuries). According to some early Tibetan sources like the Testament of Ba, he came to Tibet in the 8th century and helped construct Samye Monastery, the first Buddhist monastery in Tibet.  Padmasambhava, also called Guru Rimpoche, Tibetan Slob-dpon (“Teacher”), or Padma 'Byung-gnas (“Lotus-Born”), (flourished in the 8th century), legendary Indian Buddhist mystic who introduced Tantric Buddhism to Tibet and who is credited with establishing the first Buddhist monastery there. Regarded as the 'Second Buddha', Guru Rinpoche is said to possess miraculous powers, including the ability to subdue demons and evil spirits. His birth was predicted by Sakyamuni and he is also known as Padmasambhava. The Padma is Sanskrit for 'lotus flower' and sambhava means 'born from'.