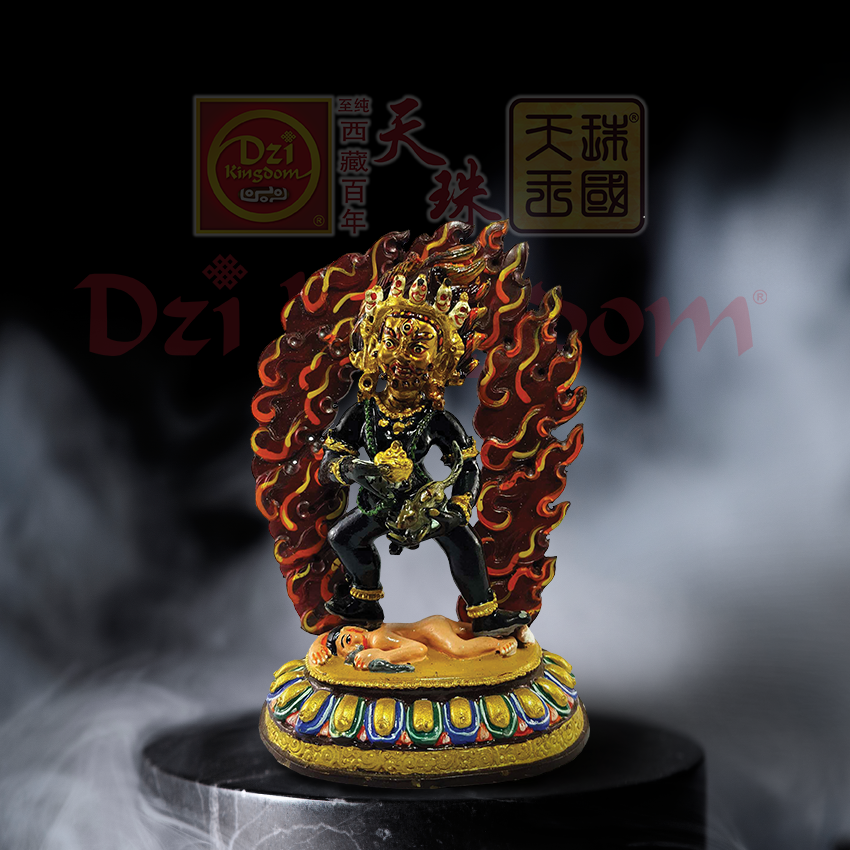 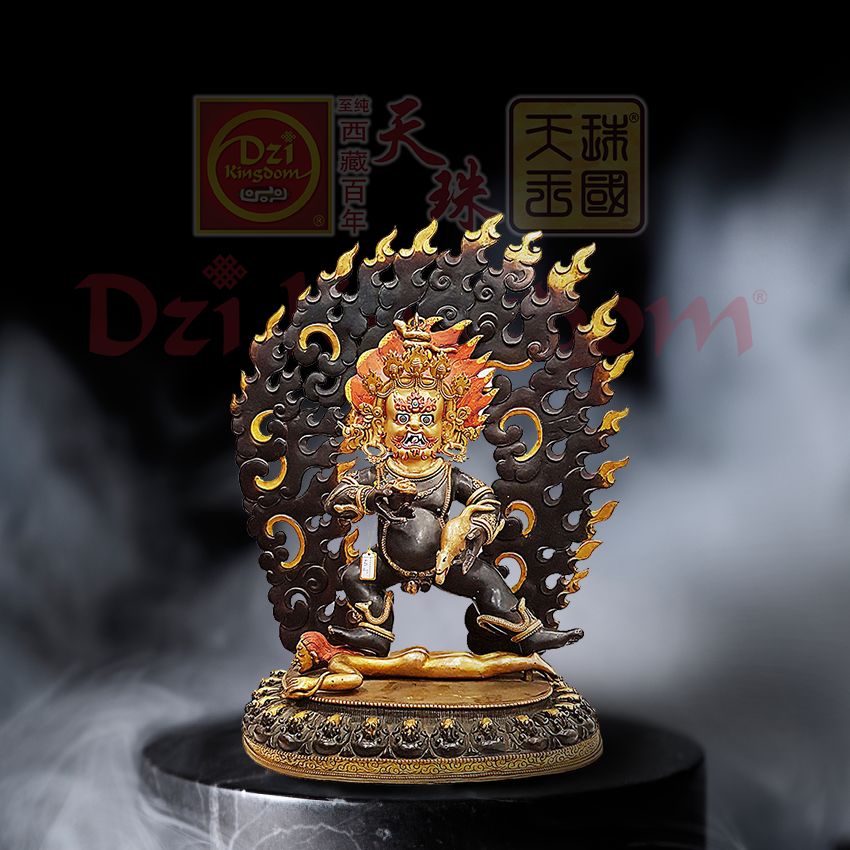 The Black Jambhala is the most effective for those that have a Chinese Astrological lucky element of water and the animal sign of a pig or rat. If you have a statue of him, you may pour water on his belly, not his head, for adding blessings.
Description