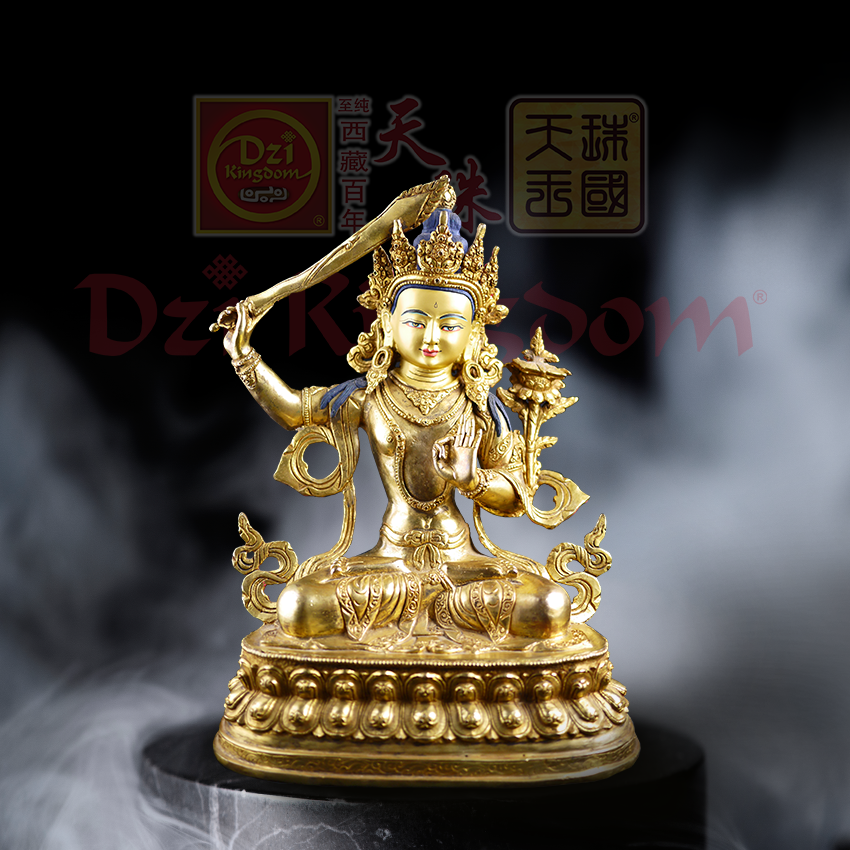 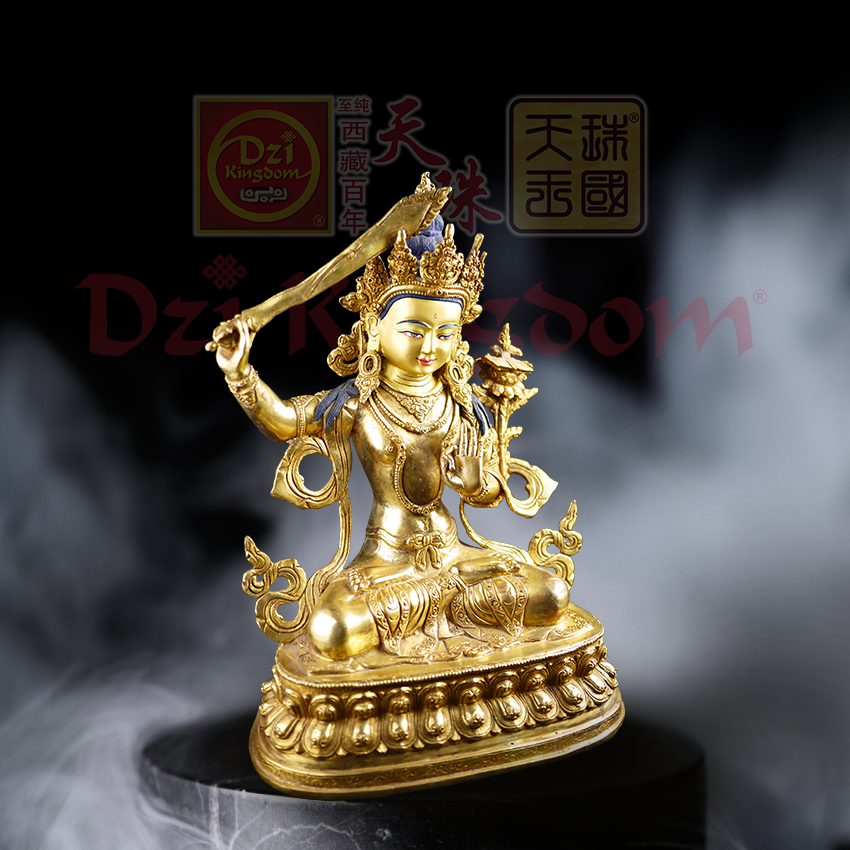 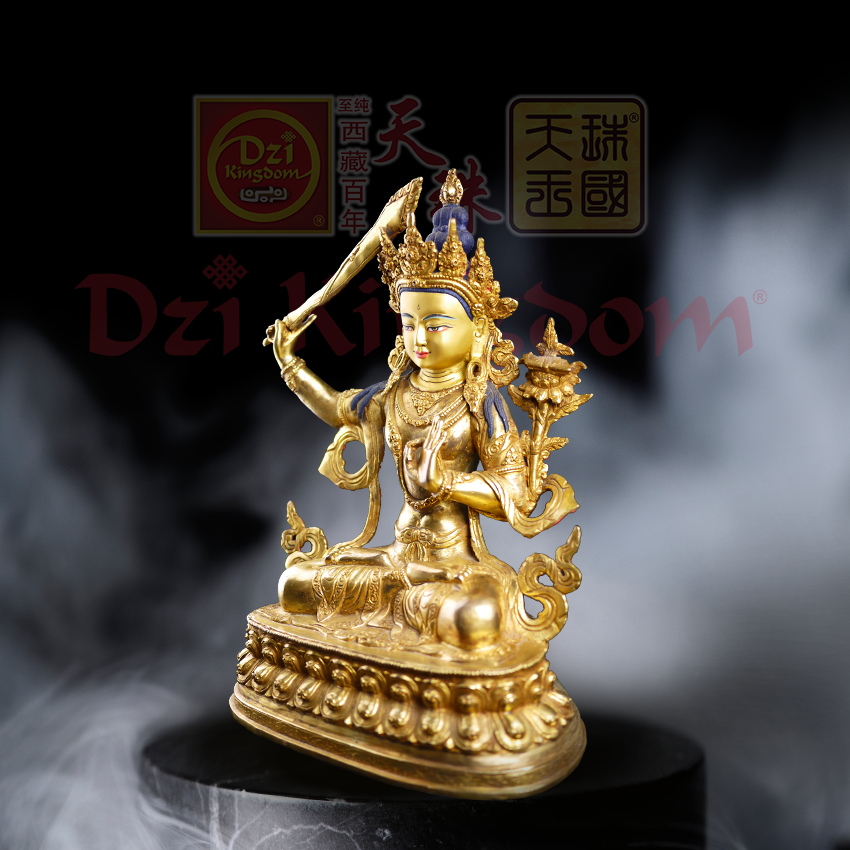 In Mount Wutai's Foguang Temple, the Manjusri Hall to the right of its main hall was recognized to have been built in 1137 during the Jin dynasty. The hall was thoroughly studied, mapped and first photographed by early twentieth-century Chinese architects Liang Sicheng and Lin Huiyin.[12] These made it a popular place of pilgrimage, but patriarchs including Linji Yixuan and Yunmen Wenyan declared the mountain off-limits. Gentle Glory Mañjuśrī is a bodhisattva associated with prajñā (wisdom) in Mahāyāna Buddhism. His name means "Gentle Glory" in Sanskrit. Mañjuśrī is also known by the fuller name of Mañjuśrīkumārabhūta, literally "Mañjuśrī, still a Youth" or, less literally, "Prince Mañjuśrī".

In Tibetan tradition, this mantra "Om Alla Bhajanathi" is believed to enhance wisdom and improve one's skills in debating, memory, writing, and other literary abilities.